Father O’Malley and the Storm 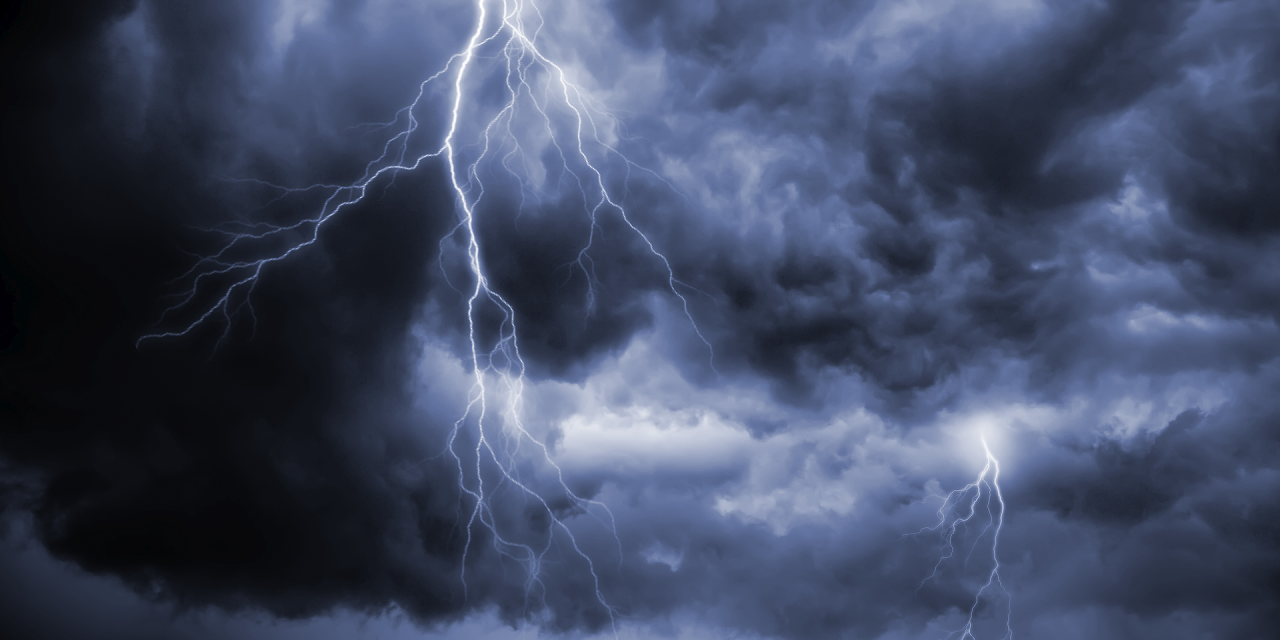 For three days, a fierce winter storm had traveled 1500 miles across the North Pacific from Alaska, packing gale-force winds and torrential rains. In the Sierra Nevadas to the east, the snow was piling up and would offer great skiing once the storm had passed. In the foothills of the Sierras, in the town of Grass Valley, California, the streets were flooded and in some parts of town the power was off because trees had blown down.
At the small church, the heavy rain and high winds beat against the windows with violence that Father O’Malley had never before heard.

In his tiny bedroom, O’Malley was writing the Sunday sermon by candlelight. Out of the darkness, a phone rang in his office. It shattered his concentration. He picked up the candle and with his hand cupped over the candle’s flame, ambled down the hallway in the sphere of the dim flickering light.

When he picked up the phone, a voice quickly asked, “Is this Father O’Malley?” “Yes,” he said. “I am calling from the hospital in Auburn,” said a concerned female voice.

“We have a terminally ill patient asking us to get someone to give him last rites. Can you come quickly?”
“I’ll try my best to make it,” O’Malley answered. “But the river is over its banks, and the trees are blown down all over the town. It is the worst storm I have seen in all the years I have been here. Look for me within two hours. I will try my best to make it.”

The trip was only 30 miles, but it would be hard going. The headlights on Father O’Malley’s 20-year-old car barely penetrated the slashing rain. Where the winding road crossed and recrossed the river in a series of small bridges, trees had blown down across the river banks. But for some
reason, there was always just enough room for Father O’Malley’s car to make his way around them. His progress was slow and cautious, but he continued on toward the hospital. Not a single vehicle passed him during his long,
tense journey.

It was way past midnight, and anyone else out on a night like this would also have to be in an emergency.
Finally, in the near distance, the lights of the small hospital served as a beacon to guide O’Malley the last 500 yards. He hoped he had arrived in time. He parked behind three other cars in the parking lot to avoid as much wind as possible. He slipped into the right-hand seat and awkwardly wrestled his way into his raincoat before stepping out into the wind-whipped storm. With his tattered Bible tucked deep in his overcoat pocket, O’Malley forced the car door open, stepped out, and leaned into the wind. Its power almost bowled him, and he was nearly blown away from the hospital entrance.

Once inside, the wind slammed the hospital door shut behind him. He was shaking the water from his raincoat, and he heard the steps of the night nurse headed his way. She said, “Oh, I am so glad you are here. I am so glad you could make it through this storm. Please hurry because the man I called you about is slipping fast, but he is still coherent. He has been an alcoholic for years, Father, and his liver has finally given out. He has been here a couple of weeks this time, and he hasn’t had one single visitor. He lives up in the woods. No one around here knows much about him. He always pays his bill with cash when he comes here. He doesn’t seem to want to talk much. We have been treating him off and on for the past couple of years, but this time it’s as though he has reached some personal decision and has given up the fight.”

“What is your patient’s name?” O’Malley asked.

“The hospital staff has been calling him Tom. That is all we know. Tom is his name.”

In the soft night light of the room, Tom’s thin, pale countenance looked ghost-like behind a scraggly beard. It was as though he had stepped over the threshold, and his life was already gone.
“Hello Tom, this is Father O’Malley. I was passing by, and I thought we could talk a bit before you go to sleep for the night.”
“Don’t give me any of that garbage,” Tom replied. “You didn’t just stop by at 3:30 in the morning. I asked that dumb night nurse to call you to give me last rites. I know my deal is done, and it is my turn to go. Now, get on with it. Get on with it fast before I die.”

“Patience, patience,” Father O’Malley said. He began to say the prayers of last rites. After the amen, Tom perked up a bit and he seemed to want to talk. “Would you like to make your confession?” O’Malley asked him. “Absolutely not,” Tom said strongly. “I would just like to talk to you a bit before I go on to the next dimension.”

So Tom and Father O’Malley talked about the Korean War, the fierceness of the winter storm, the knee-high grass, and the summer blossoms that would soon follow. Occasionally, during the hour or so before daylight, Father O’Malley would ask again, “Are you absolutely sure that you don’t want to confess anything?”

After a couple of hours and after about the fourth or fifth time that Father O’Malley asked the same question, Tom replied, “Father, you don’t know what you ask. When I was young, I did something so bad that I never told anybody about it. It has ruined my life. It was so bad that I haven’t spent a single day since without thinking about it and reliving that horror.”

“Don’t you think that it would be good for you to tell me about it?” Father O’Malley said. Tom said, “Even now, I still can’t talk about it even to you.”

As the first gray light of dawn crept into the room and began to form shadows, Tom sadly said, “Okay, it is too late for anyone to do anything to me anyway, isn’t it? I might as well tell you.”

“I worked as a switchman on the railroad all of my life until I retired a few years ago and moved up here to the woods. Thirty-two years, two months, and eleven days and some hours ago, I worked in Bakersfield on a night like tonight.” Tom’s face became intense as the words began to tumble out. “It happened during a bad winter storm with a lot of
rain and 50 mile-per-hour winds and almost no visibility. It was two nights before Christmas, and the whole yard crew drank all through the swing shift to push away the gloom. I was drunker than most of them, so I volunteered to go out in the wind and the rain and push the switch for the northbound 8:30 freight.”

Tom’s voice dropped almost to a whisper as he said, “I guess I was more drunk than I thought I was because I pushed that switch in the wrong direction. At 45 miles-per-hour, that freight train slammed into a passenger car at the next crossing and killed a young man, his wife, and their two daughters. I have had to live with my being the cause of their deaths every day since then.”

There was a long moment of silence as Tom’s confession of this tragedy hung in the air. After what seemed like an eternity, Father O’Malley gently put his hand on Tom’s shoulder and said very quietly, “If I can forgive you, God can forgive you. Because in that car were my mother, my father, and my two older sisters… We believe that in life, a lot of things come by chance.
But what is “by chance?”

Warren Miller tells the true story of what really happened to Father O’Malley that night. He went to the hospital at 3:30, and by chance, he met the man who had killed his mother, father, and two sisters–and he forgave. How much better it made the man feel who was lying there preparing to die.